Leperstown is the name of a townland on the road from Waterford City to Dunmore East. It is so called because of its connection with the Leper Hospital in Waterford City. According to Canon Patrick Power in Placenames of Decies (1952 edition) Baile na Lobhar means “Townland of (belonging to) the Lepers”, so called because it was portion of the endowment of the Leper Hospital of Waterford.” So, although it is known as Leperstown, there was no leper colony located there. Instead, the farms and land in this area were used to generate the income needed for the running of St. Stephen’s Leper Hospital in Waterford.

The Leper Hospital in Waterford City was located on the corner of what is now New Street and Stephen’s Street. When it was first built in 1170 it was located outside of the city walls. It was endowed by Robert le Poer with almost 800 acres for its upkeep and King John on a visit to Waterford in 1210 granted a further 900 acres to the hospital on condition that the lepers prayed daily for him. The land from this grant included Leperstown and gave the area its name.  The image below shows a cover from the Leper Hospital Minute Book. 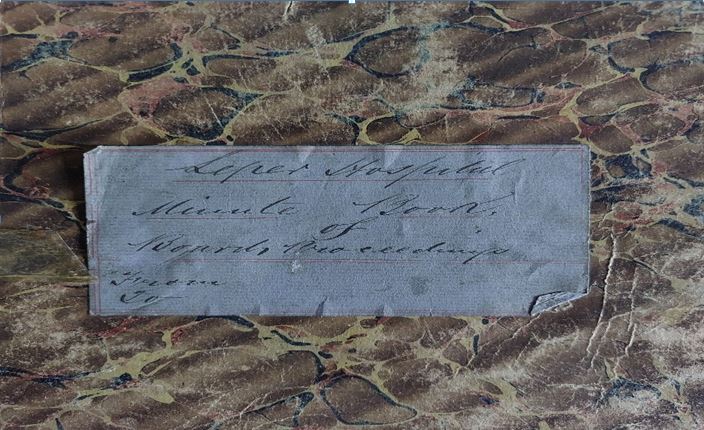 We find that Leaperstoun, in the Barony of Galtier and Parish of Kilmacom, esteemed were plough lands, with the tythes thereof, great and small, to belong to the said House, valued in the year 1641 at £106 sterg. a year, and so yielded for two or three years, recd. then by Francis Bryver, being Senescal of the said House, to the use of said Master, Bretheren, and Sisters of the said House. And since sometimes wast by reason of the wars, and sometimes sett at £50 a year, and sometimes more or less, which was received by the said Bryver during his life, and after him succeeded Baltazar Woodlock, he died in the year of the plague 1650, as Senescall, at which time the city was surrendered to the usurped power, who settled and recd. the revenues of the estate of the said House, since which to Colonell Laurence for 3 years at £30 pel annum, after to Mr. Andrew Lynn for 3 years at £70 per annum, having the tythes of Kilmoyhabe and a garden in Colpeck belonging to the Hospital of the Holy Ghost, to help him in his rent, and after Mr. Thomas Watts, from Mr. Lynn’s times until May last, at £80 per an., and after Mr. Andrew Lynn, who enjoys it to this day, by commission from Dublin, upon what account we know not. 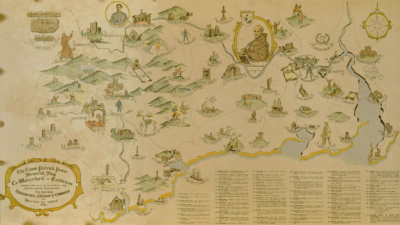 Queries in relation to the Schools’ Placenames Project should be directed to the Council’s Archivist:

Queries in relation to the Placenames Committee should be directed to the Council’s Irish Officer: